Dog lovers typically find that they love dogs no matter what. However, there are also people who like dogs, but only like dogs from certain countries, or dogs of certain breeds. Take France, for example. Dozens of dogs originate in France. The following three dogs are among the most irresistible of French dog breeds.

Seeing Coton de Tulear puppies for sale, you might think that you are looking at Bichon Frise pups. Actually, the Bichon Frise is a close genetic relative. The Coton dogs are actually native to Madagascar, but they were imported into France and recognized by the French Kennel Club as a legitimate breed. That is why these fluffy white cotton ball dogs have a French name and are associated with France. (Coton is French for "cotton," which is exactly what these fluff balls resemble.)

When you see a French bulldog, you cannot help but love it. Its cute pug-like face and triangular-shaped ears that stick straight up beg to be petted. Next to the French poodle and the Bichon Frise, French bulldogs are the most common of canine pets in their country of origin. They are sweet-tempered, playful, and easygoing, making them an ideal family dog. Their size also makes it possible to keep them as pets in an apartment.

The Pyrennes mountains in France have produced some valuable guarding and hunting dogs for that region. They also produced this breed, the Great Pyrennes. It is a lovely dog, with a long, fluffy soft coat (like a collie). Its body, face, and snout closely resemble a golden retriever, but much paler in color. They often have snow-white coats, which blend into the snow-capped mountains for which they are named.

They are also a good family dog as they are mild-mannered and very affectionate. However, they have quite the protective streak, given that they originally were bred to protect livestock from wolves. Ergo, you have to be attentive to the dog's behavior while around other people.

Buying a purebred of any of the above might require some travel. These dogs rarely enter pounds and animal rescue shelters before being adopted almost immediately. Breeders are often focused on breeding much larger dogs, so the Coton and the French bulldog are harder to find as purbred dogs. Your best resource is a kennel club that can point you in the direction of a licensed breeder of these breeds. 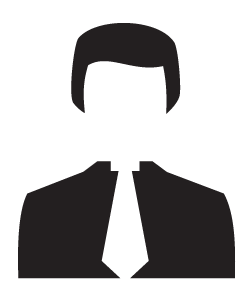 I loved animals when I was growing up, and my first pet was a hamster. I loved waking up in the middle of the night just to watch him run on his wheel! Once I proved to my parents that I could care for him well, they then allowed me to get a dog who I also loved. When I moved out of the house as an adult, I also adopted a cat, a pet rat, and an iguana. I enjoy researching animal care before I adopt new pets and putting what I learn into action. However, one thing I also love is teaching new pet owners how to care for their animals. I decided to create a blog to share my pet care tips with everyone who needs a little extra help learning how to care for their animal companions!

Autumn weather has arrived and so has your new Eng …

When you get a new puppy, one important thing you' …

Have An Enormous Yard? Install A Fence For Your Pets While Minimizing Costs
22 August 2018

Buying a property with a huge yard is something th …

There are times when you will have to go about you …

Dog lovers typically find that they love dogs no m …